Would You Eat 3D-Printed Meat?

3D-printed steaks could soon be on your dinner table.

This is a BIG deal.

Since it requires no animal slaughter and is lab-grown, it can be produced using 84% less water and 99% less land.

But cultured meat isn’t a novel concept. In fact, there are now over 70 companies experimenting with cultured meat. They raised a combined $733 million since 2020, according to Bloomberg.

So, why am I excited about Aleph Farms?

This Is the Meat of the Future

Current methods of cultured and alternative meat production have been unable to create products that replicate animal muscle structure.

Since muscle structure is complex, Aleph Farms uses 3D printing to create a product with the taste, look and feel of conventional meat.

It also adds versatility to the production process. Producing different cuts is as simple as switching the digital file used by the 3D printer. 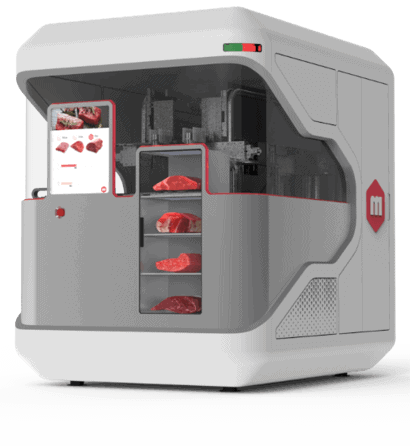 Production will accelerate over the coming years as the price of required material declines exponentially.

There Is Plenty of Upside for 3D-Printed Meat Stocks

I’m calling for 3D-printed meat to become “Meat 2.0” and disrupt the massive $1.3 trillion global meat industry by the end of the decade.

A recent survey by Foods showed that 40% of U.S. and U.K. consumers were highly likely to eat it in the future.

I believe this number is low and could easily double as a result of social proof.

(Would you eat 3D-printed meat? You can let us know at [email protected].)

Considering the $8 billion valuation of plant-based meat producer Beyond Meat Inc. (Nasdaq: BYND), there is plenty of upside for 3D-printed meat stocks.

So, you should keep an eye out for 3D-printed meat stocks as they enter the public markets in the coming years.

Until then, if you want to invest in companies pioneering other innovative technologies, you can check out Ian King’s New Era Fortunes service.

What You Can Learn From 3 America 2.0 Investors

China: The Party’s Over … in More Ways…

The Dividend Aristocrats: An Untapped Passive…

Protests & Riots – What Are They Doing to the…